Plume vs Eero. An iPhone’s view 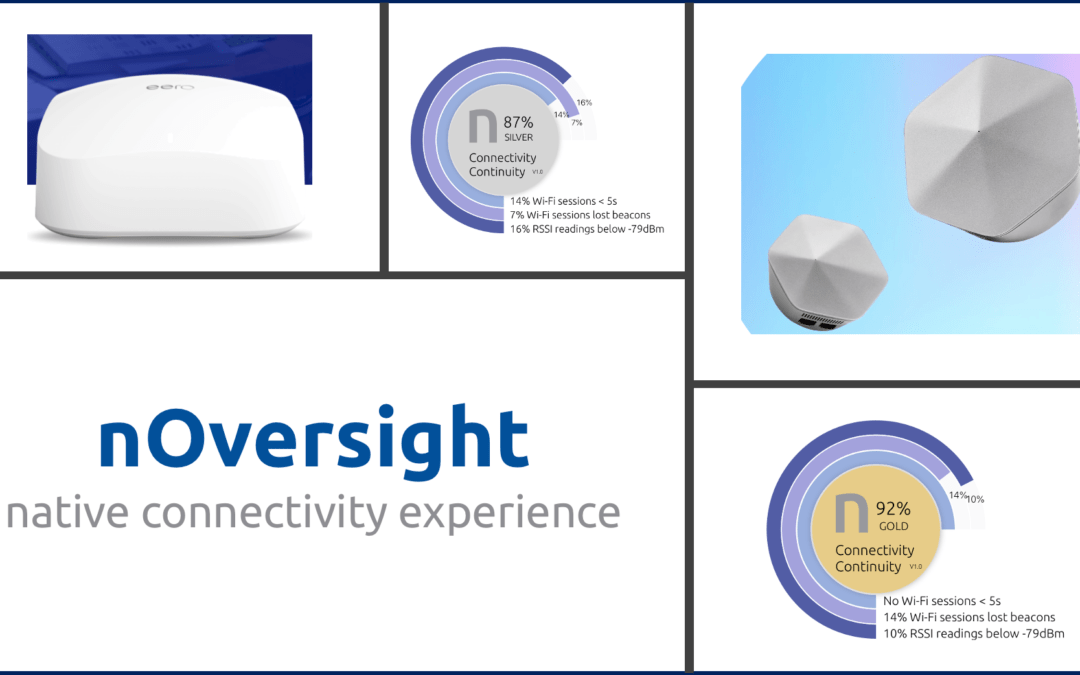 Get the full nOversight reports quoted in this article

Mesh Wi-Fi is on the up

Mesh Wi-Fi sales are up, and understandably so. We need every corner of our home connected to enable our work, play and (virtual) social lives. There are various good systems to choose from, and as someone involved with telco Wi-Fi for a living, I happen to have the Amazon Eero and Plume systems.

For some time now, I’ve wondered which of these would be the best long term solution for my busy home (2 home workers + 3 children). The nature of the walls and constraints on the primary router location has presented a challenge to getting a good coverage in every room. Using the Plume system with 3 superpods during the last 6 months isn’t providing the coverage that my teenage testers approves of… so would the Eero be any better?

The bottom line is that homes are constrained. Unless you are willing to cable your home (and most households won’t be), you need to locate the main router close to the incoming service. All the mesh nodes need to be in a location where you have a socket, and there is the question of how many nodes you need? For my home, Plume recommend between 3-4 and Eero suggest 3. I will be testing 3 in both cases.

Today, many of the mesh systems claim to be adaptable – and with that, give the end-user no control whatsoever. The majority of households can’t or don’t want to fiddle with settings, so this is good in principle. Plume calls it ADAPT, and Eero calls it TrueMesh. Regardless – these are algorithms to optimise the Wi-Fi connectivity in the home, and I wanted to see how well they perform from an iPhone’s point of view.

Apple devices are found in so many homes and are renowned for “just working” without any setup. In particular, there are very few Wi-Fi settings. You need to trust that the device makes a good choice – but how can you tell?

nOversight is the brand new tool for providing a view into that native device experience. It is the lens through which anyone can see how Apple devices select, manage and roam on Wi-Fi. It reveals how the management algorithms on an iPhone interact with the Wi-Fi optimisation algorithms on any home, enterprise or telco Wi-Fi system and lets you know how good that setup is… from an iPhone’s point of view.

In order to capture a typical scenario which covers WFH, gaming and streaming I chose to walk around the home whilst on a WhatsApp video call using an iPhone X. I tested each system independently (with the other system powered off). Each system was given 20 minutes to stabilise after power on. The Wi-Fi standard is Wi-Fi 5 (802.11ac). The Wi-Fi was configured (where possible) to comply with the Apple guidelines.

My home has 4 bedrooms and most of the high bandwidth usage occurs on one side of the house, so the nodes are located more towards that side. The other side is just smart speakers so don’t much of a connection. I expected to reduced coverage on the “other” side and it was going to be interesting to see how each system performed.

Is one better, or just different?

Using nOversight, it is now possible to capture exactly what the iPhone sees. Walk testing my home has produced some great insights into signal strength, frequencies, channels and roaming decisions.

Before getting into the technical details, both systems performed reasonably well – the video quality did reduce on the poorer side of the house but the call never stopped. So let’s see what happened from a technical coverage point of view.

Using nOversight’s histogram output, I can compare the signal strength for each system. Whereas both systems showed an expected distribution of signal strength, the iPhone maintained a connection down to lower signals when connected to the Eero.

Using nOversight’s session explorer, the reason for that became clear!

The Plume on the other hand did a lot less roaming, and maintained connection of 5GHz.

Digging deeper into the connectivity with the Plume, it can be seen that nearly a minute was spent with low signal strength and very low SNR. Despite a BSS transition request from the Plume AP, it took a further 30s before the iPhone was able to select a new AP with better performance.

Comparing 2 industry leading Wi-Fi systems is hard as they both use advanced algorithms to optimise for many parameters. Clearly, a 3 node mesh is not quite enough for my home and in fairness to Plume, they do suggest that 4 nodes might be needed.

To help draw a repeatable comparison, nOversight produces the nOverscore – a method of comparing Wi-Fi tests across systems and over time. Both the Eero and Plume scored well despite possibly being 1 node short of a full system. The nOverscore is slightly better for plume as it maintained higher RSSI on average and had less short sessions (less overhead on roaming). From a user perception, however, it is barely noticeable.

No votes so far! Be the first to rate this post.

Manage Cookie Consent
We hope you do not mind, but we use a few cookies on this website. These are used to improve your experience and allow you to register your interest in our products. Your data is not used in any targeted advertising.
For more detail please read the
Manage options Manage services Manage vendors Read more about these purposes
View preferences
{title} {title} {title}
nOversight Gallery 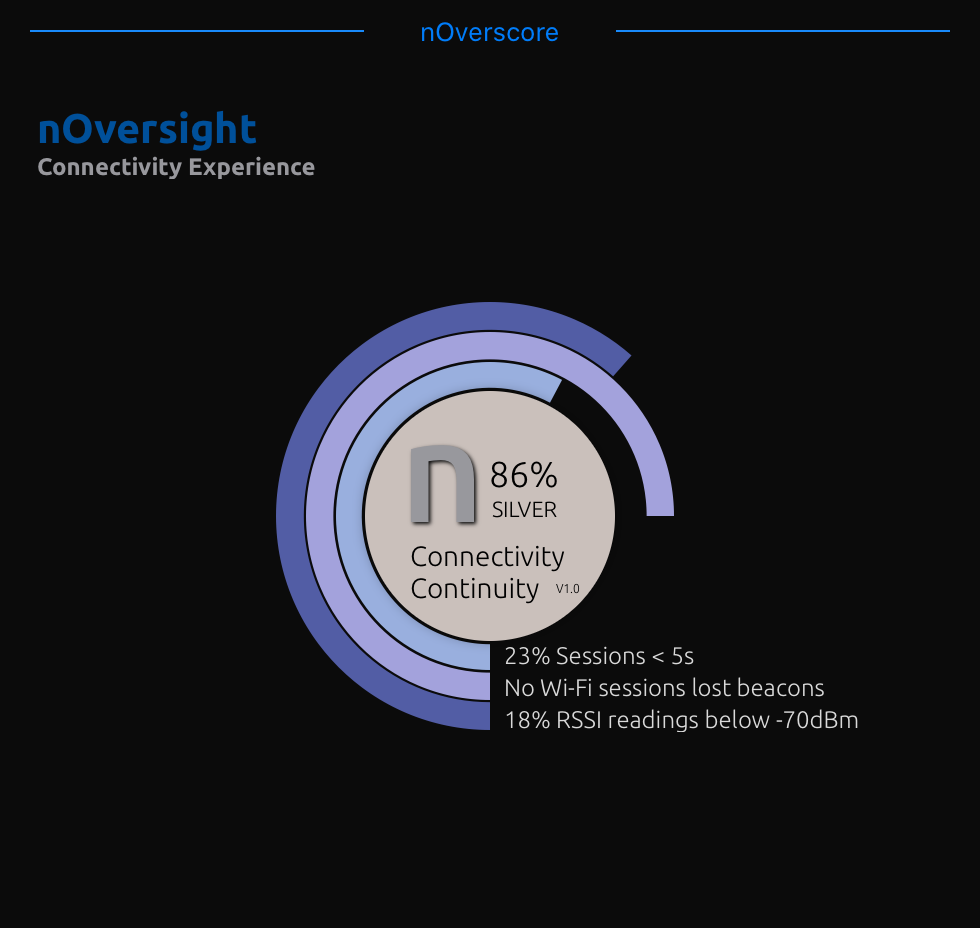 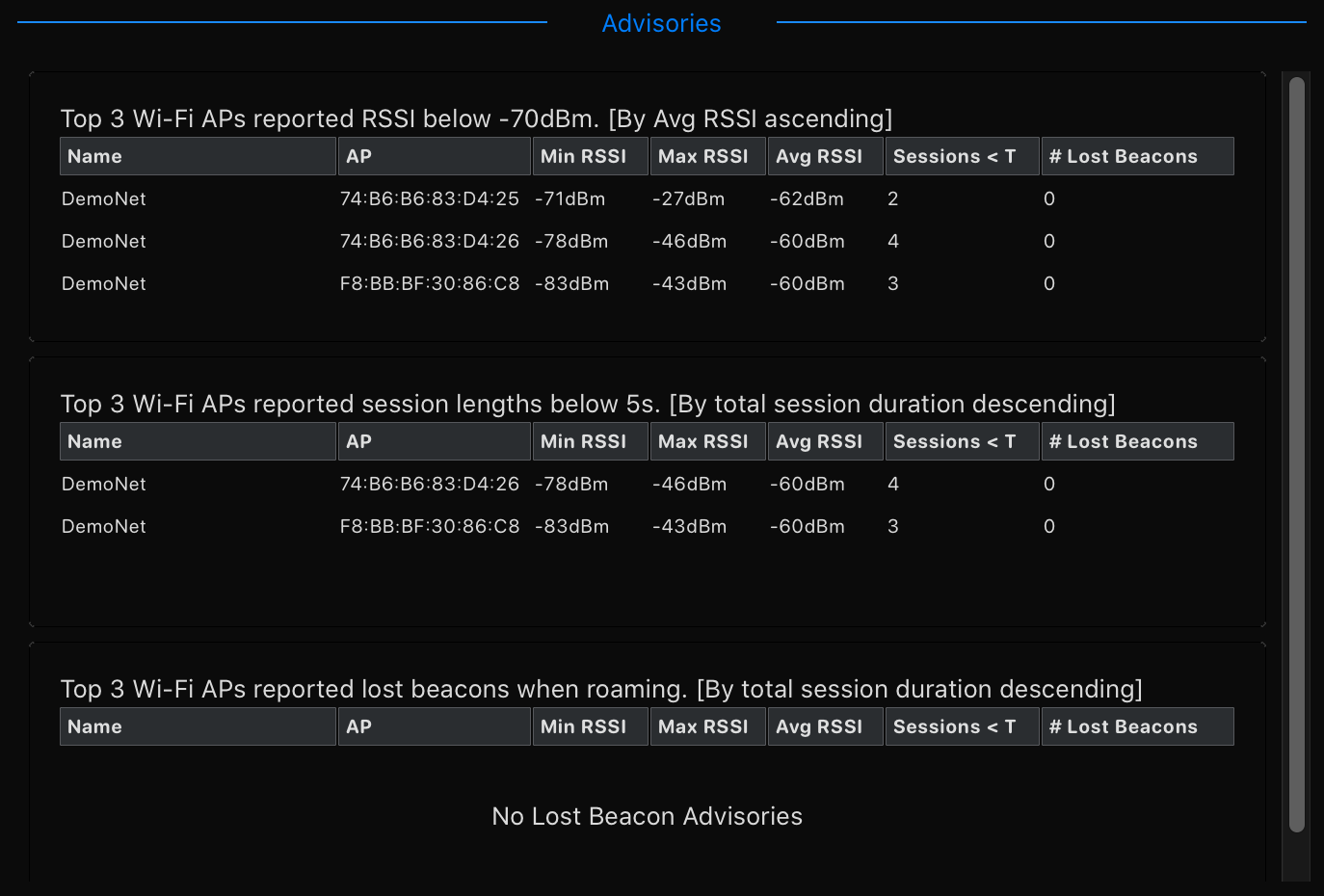 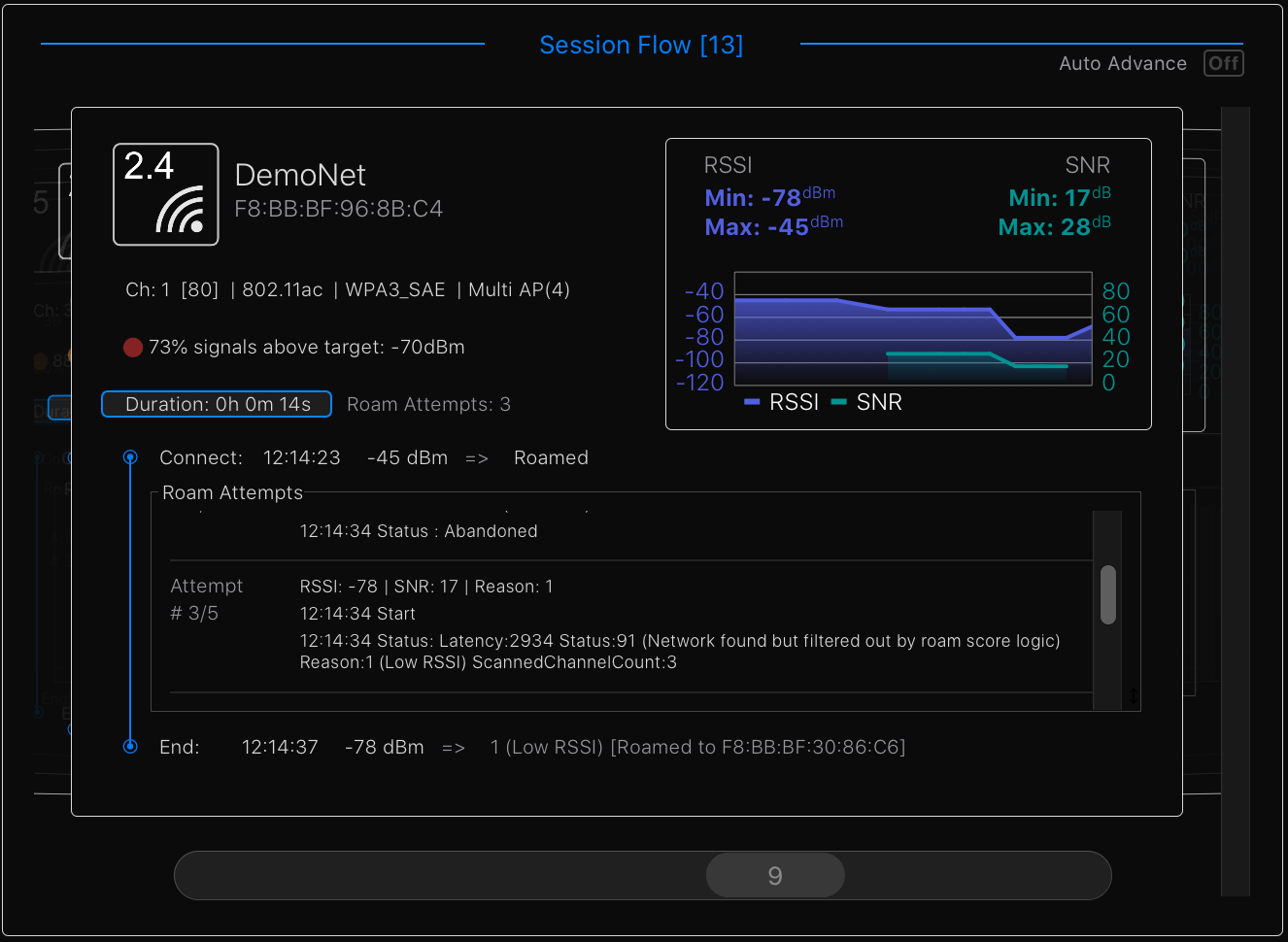 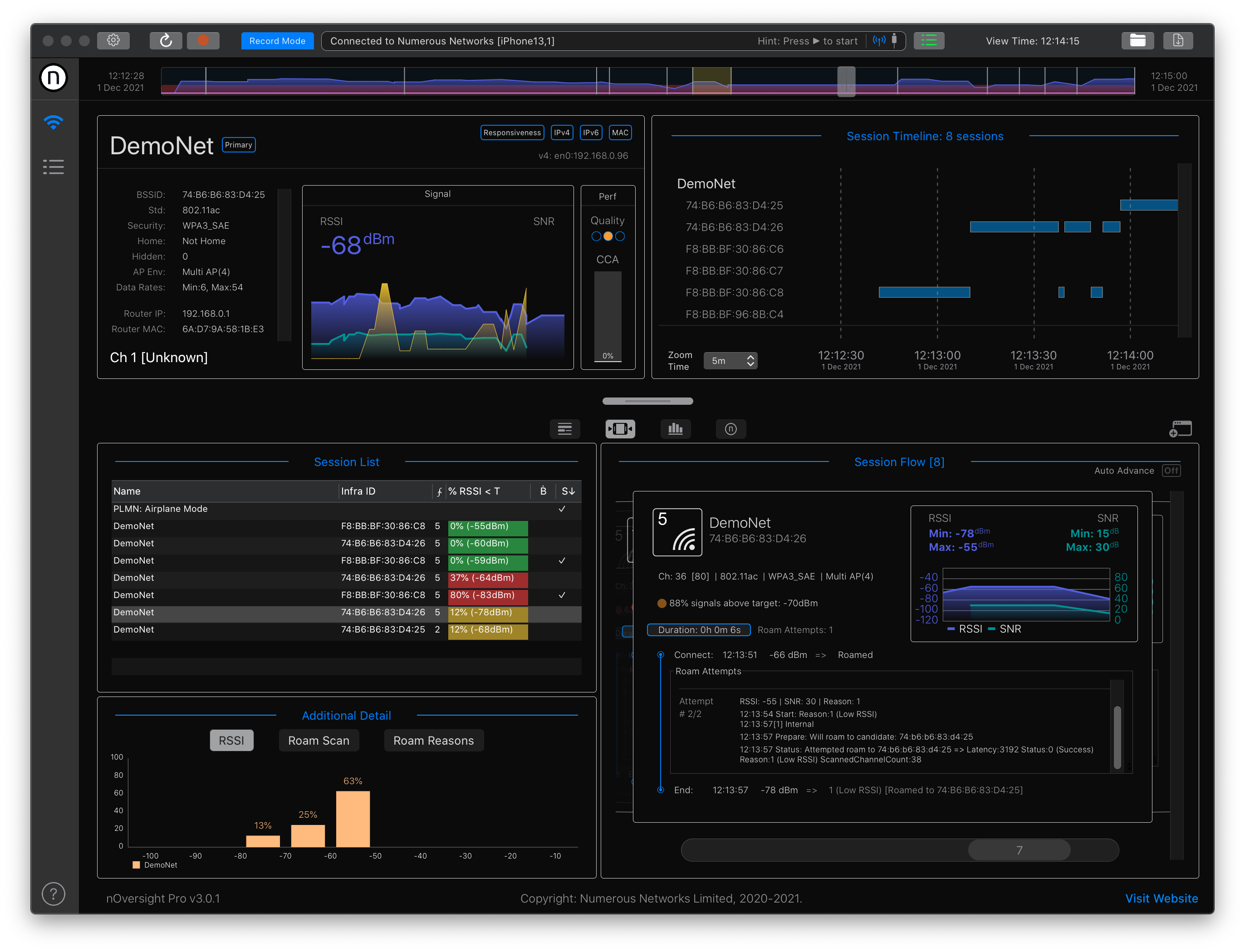